In our last blog, “Family Travel Guide”, we went over how to keep you and your little ones amused during the airport adventures. We suggested that on long layovers or delays, a scavenger hunt can be great for burning a couple hours. Denver International Airport has its own collections of art and sculptures that can help keep you and your kids entertained. So grab your cell phone, take pictures along the way, and let’s get this show on the road! We are going to start off with all attractions in Concourse A. Let’s begin with “Patterns and Figures / Figures and Patterns.”

This a mosaic tile piece created by Barb McKee and Darrell Anderson to represent the cultural diversity of travelers going through DIA. When up close, it appears to be intricate patterns but when viewed from above, people emerge. This artwork is located in both the West and East sides of Concourse A. Our next stop is “Relax”, an exciting piece of screen art. The panels will cycle from a green “Relax,” to a beach scene, to different patterns, and even to words! It was created by Electroland and resides by gates A54-68.

Our last stop in Concourse A is “Dual Meridian”. It is intended to represent train tracks during the turn of the century. However, in today’s modern age, it’s more evocative of a rollercoaster. This piece was created by David Griggs and is located in the main area of Concourse A.

As we now move from Concourse A to Concourse B, remember to use the Underground Train and look out for the swirling turbines!

The “Beaded Circle Crossing”. This art was inspired by Native American culture stemming from their tipis and beadwork. It was created by Alice Adams and can be found in Concourse B.

Beware of the next attraction! Carolyn Braaksma and Mark Villareal have covered B Gates in Dinosaurs! This is to show the historic relevance and rich geology we have here in Colorado. You can find these cute little guys all over the floor by B Gates!

Now this next stop comes with a lot of history. John L. “Jack” Swigert Jr was born and raised in Denver, Colorado. He was a star football player for the University of Colorado and graduated with a B.S. in mechanical engineering. After college, he became a Fighter Pilot for the Air Force and during that time, decided he wanted to be an astronaut. He applied for NASA and was turned away saying he needed to attain a higher educational degree. In response, he applied for two colleges and received two master’s degrees simultaneously! He applied to NASA again and became a pilot on Apollo XIII. This man followed his dreams and literally reached for the stars.

Hop on the train one last time and we are off to our final destination, Concourse C! As you get off the train look up, above you on either side is an indoor garden. You may need to go above and look over to see it clearly, but this is one of DIA’s hidden treasures. This beautiful garden was created by Michael Singer and is truly a masterpiece. It is meant to convey a connection of humanity, life, and our natural world. Here at Canopy™ we love “green”, so obviously this is our favorite attraction!

For our last exhibit we chose “Vorticity”. This is one of DIA’s newest additions. This geometric art created by Anibal Catalan is located on the far West side of Concourse C. Designed to create mesmerizing immersive patterns from all angles of perspective, viewers should circle the installment to maximize the experience.

We hope this scavenger hunt will keep the entire family entertained and engaged for your trip at DIA. Come park at Canopy Airport Parking® and let us know what you think! 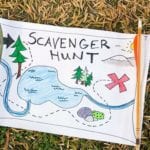 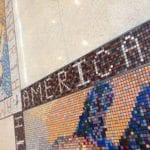 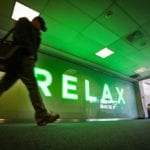 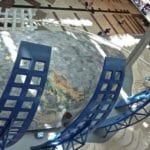 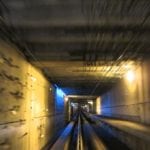 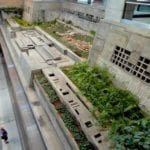 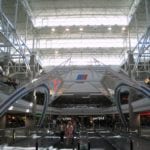 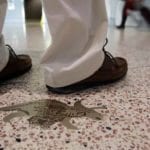 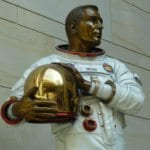 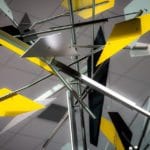 Earn a FREE Day Right Away just for Signing Up!